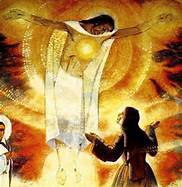 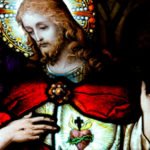 The First Sacred Heart World Congress was held in Paray-le-Monial, France on October 6-11, 2011. Paray is where Jesus revealed His heart to St. Margaret Mary, a Visitation Nun, calling us to respond to His love.

In the Beginning When Divine Providence Sets the Stage

The story of the origin of the First Sacred Heart World Congress transcends time and space; a story which continues to unfold week after week on a global level!

How did all of this begin?

Five people, Msgr. John Esseff, Very Rev. William Petrie, ss.cc., Rev. William Gaffney, CSsR, Gloria Anson and Diane Cima met on June 12, 2007, at St. Paul s Church in Scranton, PA to initiate a 10 year plan to create a civilization of love for the five major continents of the world through the Enthronement of the Sacred Heart. The date of the gathering was very close to the 100th anniversary of St. Pius X s command to Father Mateo Crawley-Boevey, ss.cc.to bring the Enthronement of the Sacred Heart to the whole world: I command you, do you understand Not only do I permit you, but I order you to give your life for this work of salvation. It is a wonderful work; consecrate your entire life to it.

Unknown to the original five gathered, during this same period of time, bishops, priests and pilgrims had gathered in Paray-le-Monial, France to celebrate the 100th anniversary of the work of the Enthronement. It was at Paray-le-Monial in the Visitation chapel that Fr. Mateo was physically healed and illuminated with the understanding of “how to proceed.” This is also the chapel where the Sacred Heart of Jesus appeared to St. Margaret Mary Alacoque in 1674.

From this chapel in France, the crowds processed through the small streets where five altars had been erected each representing a continent. In this Eucharistic procession, Father Richard McNally, ss.cc. carried the Blessed Sacrament in the monstrance. At each altar the Blessed Sacrament was held high with the specific prayer that the Enthronement of the Sacred Heart would take place on all five continents.

This activity was the precise confirmation needed for the five gathered at St. Paul s Church in Scranton, PA to begin the planning of the First Sacred Heart World Congress in Paray-le-Monial, France in 2011. 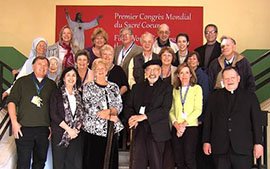 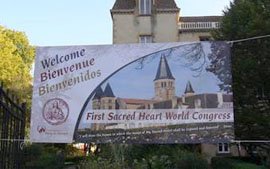